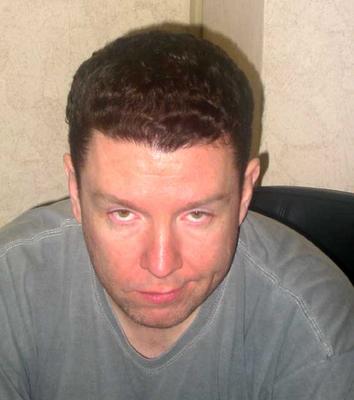 Above: Nikita is disappointed in you, America.

You know, I’ve got to hand it to my clients – if I didn’t have any, I’d never be kept abreast in latest happenings on in the world of health and fitness. This latest gem comes from Rob Cherry (round of applause for Rob – you get the kettlebell posting that was promised you).

US Getting Fatter, Faster.

According to the Trust for America’s Health, figures show that the national rate of obesity went up to 24.5% – wow. Considering that one is not classified as obese until they attain the hefty body fat percentage of 25% for men, and 30% for women, things aren’t looking too good for the good ol’ USA health-wise.

Incidentally, I don’t understand why BMI is still the accepted medical standard for measuring obesity. Since BMI only takes into account height and weight, it is a poor measure of actual body fat (since the body mass as a whole is being considered). Individuals who possess greater muscle mass or bone density will appear to have high BMIs, even though their actual level of bodyfat may be quite low (football players come to mind as an example). But, I suppose it is a quick and easy way to assess overall body mass – why does everything involving health, wellness, and exercise have to be so imprecise?

Even more suprising (or not, depending on your perspective) 64.5% of Americans are considered at least overweight. In case you were wondering, that’s Americans age 20 or over. 64.5% – that’s roughly 127 million people.

Well, it looks as though the current health guidelines aren’t working out too well. At least I know one Russian who won’t be out of work anytime soon.